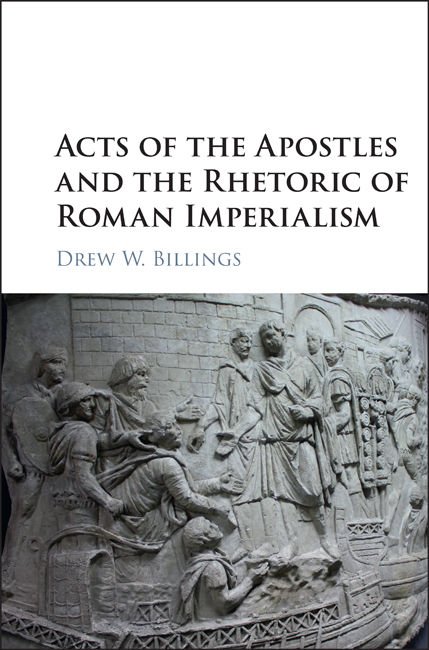 Drew Billings, Visiting Assistant Professor of Religion at the University of Miami

Acts of the Apostles and the Rhetoric of Roman Imperialism (Cambridge, UK: Cambridge University Press, 2017). $99.99 (Amazon)

Acts of the Apostles is normally understood as a historical report of events of the early church and serves as the organizing centerpiece of the New Testament canon. In this book, Drew W. Billings demonstrates that Acts was written in conformity with broader representational trends and standards found on imperial monuments and in the epigraphic record of the early second century. Bringing an interdisciplinary approach to a text of critical importance, he compares the methods of representation in Acts with visual and verbal representations that were common during the reign of the Roman emperor Trajan (98-117 CE). Billings argues that Acts adopts the rhetoric of Roman imperialism as articulated in the images and texts from the period. His study bridges the fields of classics, art history, gender studies, Jewish studies, and New Testament studies in exploring how early Christian texts relate to wider patterns in the cultural production of the Roman Empire.